This is a past event. Registration is closed. View other American Chamber of Commerce, Kenya events.

Focus on East Africa Integration and Ease of Doing Business

Add this event to any of these calendars

Get directions on Google Maps

American Chamber of Commerce in Kenya 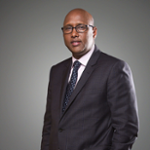 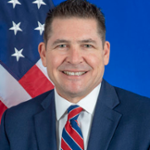 Kyle McCarter was nominated by President Trump to be the U.S. Ambassador to Kenya and was confirmed on January 2, 2019.

Prior to his Nairobi assignment, Ambassador McCarter was a manufacturing entrepreneur in Lebanon, Illinois. He served eight years on the St. Clair County Board and six years on the O’Fallon Chamber of Commerce Board of Directors, including two years as President and four years as Chairman of the Economic Development Committee. He was a State Senator in the Illinois General Assembly from 2009-2019. He has a B.S. in Accounting from Oral Roberts University.
https://ke.usembassy.gov/our-relationship/our-ambassador/ 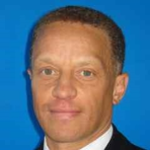 Nicholas Nesbitt is the Chair of the East African Business Council and the General Manager of IBM Eastern Africa. He leads all of IBM's operations in 10 countries in the region, and has led successful IBM engagements in the private and public sectors.

Previously, Mr Nesbitt was the co-founder and CEO of KenCall, the leading and pioneering international BPO/call center outsourcing company in East Africa. Harvard Business School and MIT Sloan School of Business have both written case studies on KenCall, which are taught to MBA students across the world.

Prior to moving back to Kenya, Mr Nesbitt held senior executive positions in the United States at Qwest Communications, Schneider Electric and The Boston Consulting Group.

He is/has been a board member of the Central Bank of Kenya, Commercial Bank of Africa (CBA), American Chamber of Commerce, AMREF Flying Doctors, Kenya School of Monetary Studies, Multimedia University and Gateway insurance.

Mr Nesbitt has been profiled frequently in global and regional media as a thought leader and visionary and has been a frequent speaker and panelist on entrepreneurship, innovation and leadership at conferences in Kenya and around the world.

The President of Kenya awarded Nicholas a presidential honor, the Order of the Grand Warrior (OGW), in recognition of his pioneering spirit and accomplishments in creating the Kenyan BPO industry.

Mr Nesbitt received his MBA from Stanford University and both his Masters and Bachelors of Engineering degrees from Dartmouth College in New Hampshire, USA.

He is a keen golfer and mountain biker and enjoys safaris.